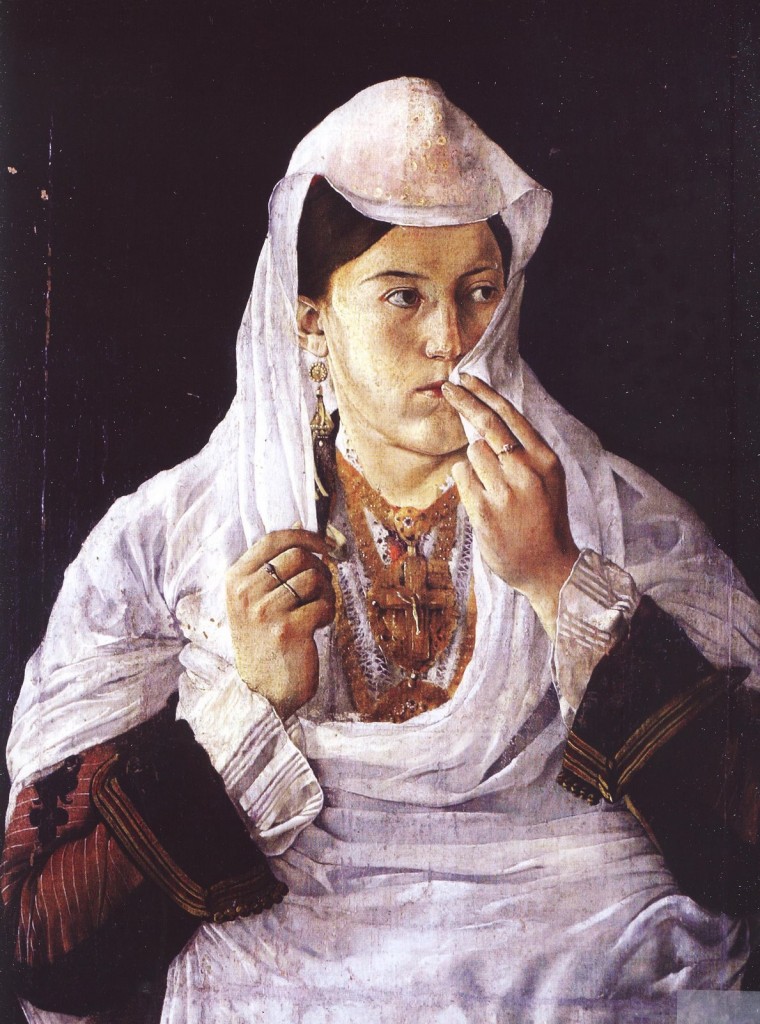 ”Motra Tone” otherwise know as ”The Albanian Monalisa” one of the most important and famous Albanian paintings . Created by the Great Kole Idromeno.

He was born in Shkodër, where he learned the first elements of photography from Pietro Marubi. In 1876 he stayed for some months at the Accademia di Belle Arti di Venezia, the academy of fine arts of Venice, and then worked in the studio of an Italian painter. When back in Albania (1878), he engaged himself in a number of different activities, working as an architect, sculptor, photographer, scene-painter, engineer and painter. He was the initiator of the first art exhibition in Shkodër (1923) and was represented in the first national art exhibition in Tirana (1931).

He established a very active photographic studio. Idromeno was the first painter to show motion pictures in Albania in 1912. He had kept up a correspondence with the Lumière brothers in Paris.

His most well known work is Motra Tone. He was the first landscape painter in the modern Albanian painting school (Courtyard of a House in Shkodra) and pioneered realistic secular painting. His works were represented in international exhibitions, for example, in Budapest, Austria–Hungary (1900) and New York, United States (1939).

One of his best work, not very popular is the portrait Gjergj Kastriot Skenderbeu. It was painted in 1889. Its owner it is not known, and the painting has never been in public.

His works are held in the Mezuraj Museum, Tirana.