Text and photographs by Bruce Macphail 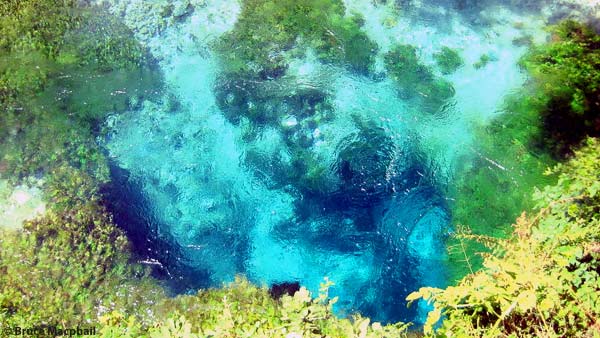 Once reserved for the communist élite, the Blue Eye water spring in southern Albania now beckons all visitors, regardless of their political leanings, with its cool waters and the shady grounds that surround it.

As BalkanTravellers.com contributor Bruce Macphail discovered, the Blue Eye spring makes a refreshing spot for a break from the nearby archaeological site of Butrint, the ancient city of Byllis to the north or the newly-opened for visitors underground compound built during Albania’s totalitarian regime in the neighbouring city of Gjirokastër.

This article is part of a series of short texts by Bruce Macphail as his makes his way from Istanbul to Durrës, Albania, along Via Egnatia, the Roman road that cut through the Balkans.

While southern Albania holds numerous archaeological wonders, the country’s stunning nature and landscapes also make it a worthwhile destination. The region’s mountainous territory gives for surprising and dramatic landscapes – to be enjoyed either for their own sake or as the backdrop of historical sites, like the ancient cities of Butrint and Byllis or the modern city of Gjirokastër, a UNESCO World Heritage site.

A spot of natural beauty of the former kind is the Blue Eye, known in Albanian as Syri Kaltër, which is located on the road between the cities of Saranda, on the Ionian Sea, and Gjirokastër, situated further inland. 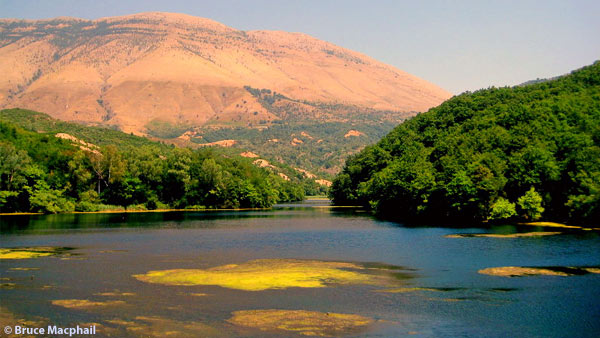 The Blue Eye is a 45-metre deep water spring set amid a forest of hazelnuts, walnuts, cherries, pines and fir trees.

The water in the inner part of the spring appears very dark blue, like the pupil of an eye, and a lighter colour of blue as an outer ring – the iris, which gives the impression of a blue eye. 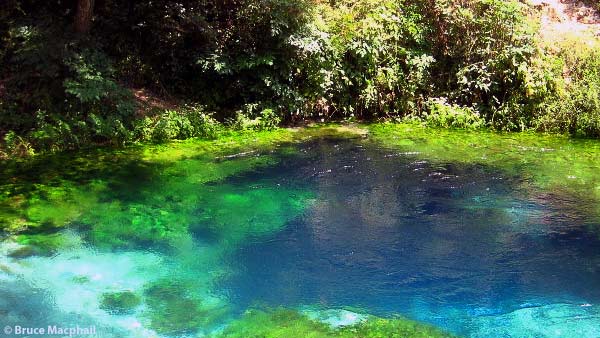 It is said the Blue Eye was blocked off to the general population during the communist days, only to be enjoyed by the ruling party members. This is a testimony to the place’s stunning beauty and goes to explain the site’s high level of conservation.

Although it is possible, in theory, to swim and dive in the pool, the water maintains an average temperature of 10 degrees Celsius, making it is in fact difficult to dip in more then a foot. 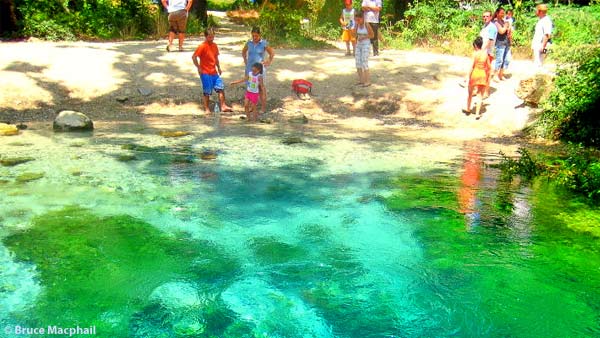 Some visitors also like to throw stones into the spring’s centre, only to see them pushed back up to the surface after a while.

Another pleasant, and perhaps a more fulfilling, activity at the site is enjoying lunch at the restaurant, located near the Blue Eye’s waterfall. The venue has tables built on a balustrade above a fresh spring water river, which creates a cool breeze moving upward – a welcome factor in the summer heat that is not to be underestimated. The restaurant serves traditional Albanian food, like roast lamb and grilled fish. 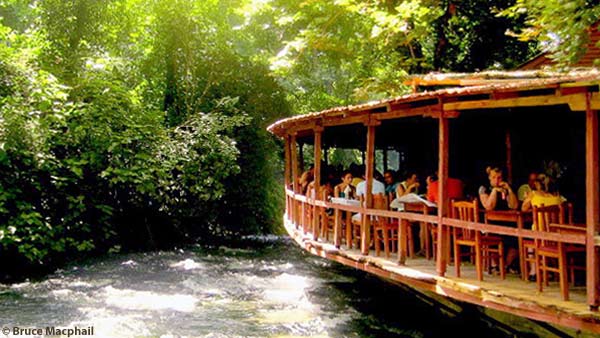 Another option is to have a picnic in a designated area near the Blue Eye. There are some tables set amongst a wooded area, which provides a pleasant shade.

How to get there: There is no public transport to the sight. It is located off the main road between Gjirokastër and Saranda, about 3 kilometres after the turn signaled by a sign that says ‘Tourist Attraction’. The short road to the sight is quite scenic as it curves around a lake. There is parking space as you arrive near the Blue Eye. 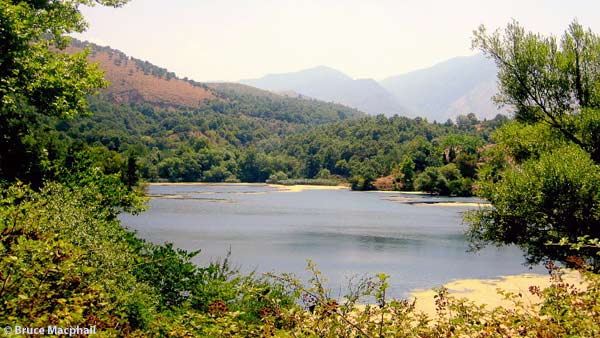 Where to Stay: There is no accommodation on the site. The best is to sleep in either Gjirokastër or in the coastal towns around Saranda.